Tomorrow's host is a Stage Director

SSTH breaks new ground: the hotel management school includes "Affective Hospitality" in its curriculum. This can already be experienced in the multisensory restaurant Elysium.

The sound is lulling in, and how! Digital projections from space, the depths of the oceans, the urban jungle mix with the thought cinema, which has long since taken on a life of its own, and while the off-voice speaks to us, the guests, and one is still pondering one's thoughts, the next course is already announced by projection onto the plate, and the service applies the dishes - glaringly illuminated in the midst of a spherical atmosphere.

Tomorrow's hospitality thanks to "Affective Hospitality"

We are in the "Elysium", the youngest but also most spectacular restaurant of the EHL Swiss School of Tourism and Hospitality (SSTH), which sits high above the small Grisons town of Passugg. Exactly here, in this seclusion and far away from any urban hustle and bustle, the hospitality of tomorrow is currently being tinkered with with a wealth of ideas and passion. The SSTH calls it "Affective Hospitality", which will also be part of the curriculum in the future.

It is about the ability to grasp our industry with all our senses, to evoke emotions through stagings, to become a dramaturge and stage director as a host. The hotel management school at the multisensory concept restaurant Elysium shows what this could look like. Actually, it functions as a digital classroom, as a training field in which students can let off steam. Selected data will now be made available to a broad public, and students will provide insight into the process in which they find themselves.

The script from the "Tatort" author, the pictures from the visual specialist

Inspired by exceptional multisensory companies such as Paul Pairet's "Ultraviolet" in Shanghai or the "Sublimotion" in Ibiza, SSTH has created an emotional and digital culinary experience for 24 guests. The script - an imaginary journey accompanied by the voice-over - was written by Felix Benesch, director and "Tatort" author from Graubünden. The Zurich-based company Nonconform, which is specialized in table projections, has created spectacular visuals that illuminate tables, plates and walls. Finally, under the direction of Executive Chef Gion Fetz, a four-course menu was created that is tailored to stories and visual worlds.

"The challenge," he explains, "was to harmonize taste and color, but also to subconsciously take up the theme, in the figurative sense."

For example, the starter - salmon variation with beetroot - is arranged like a glimpse into space according to the visuals. And in Neptune's underwater world, you are served a kind of coral reef with squid risotto, langoustine, oyster, red mullet and salicorn. But much more happens besides: with each course the scenery changes and thus mood, animation, projection, sound, even the smell.

"In this respect," says Fetz, "there's still a lot to be done." He has different room temperatures or floating objects in mind. "There are hardly any limits to the technical possibilities nowadays. In addition, today's students have an incredible affinity for technology," he says.

In the future, two public events per semester are to take place. Even though multisensory projects are more likely to be in the upmarket fine dining and event sector, SSTH sees the future of modern F&B in these approaches:

"Nothing works today without storytelling - but even that needs to be learnt," emphasises Fetz, who wants to give students the necessary tools and self-confidence for unconventional ideas.

At the moment, the twelve students of the last semester who have decided to specialize in culinary arts within their hotel management studies are involved in the current project. Eight of them act as hosts and, depending on the stage design, also act as actors. Among the guests are quite a few restaurateurs, curious about everything that would still be possible in companies. But also people from education are present, also looking for inspiration and new ways in pedagogy.

In general: "Affective hospitality" will also have consequences for the SSTH lecturers, says Prorector Beatrice Schweighauser: "Frontal teaching, as it is commonly known, is less suitable for this - it is also a challenge for the teaching staff".

Some aspects of the process are still vague or not very ripe for decision. Nevertheless, the hotel management school is already receiving feedback, which is encouraging: the "Reimagine Education Awards", which bring together start-ups, academic faculties and university management to recognize the most innovative educational approaches in a global competition nominated SSTH. 1507 innovators from 39 countries submitted projects for a total of 16 award categories in the field of education. SSTH was nominated with its "Elysium - the multisensory Restaurant and Education Experience" in the category "Nurturing Employability". The winners will be announced in London at the beginning of December.

Dates for next public Elysium events

A report by Franziska Egli, published on 31 October 2019 in the htr hotel revue print issue

We travel to France in the Champagne, the origin of the bubbly drink 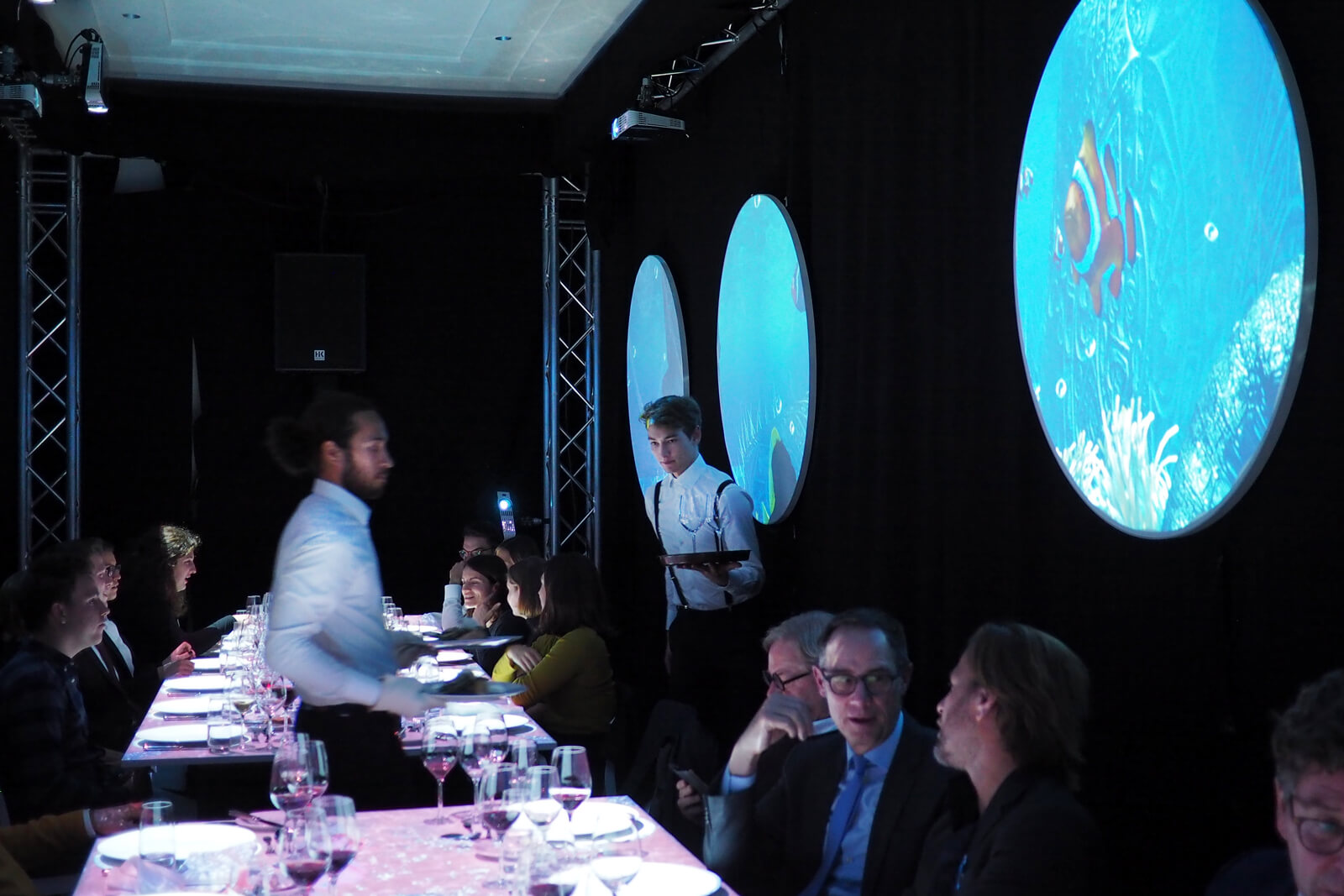 What it’s like to eat at the Elysium concept restaurant